How do you describe your job to people outside the industry?

We sell The Netherlands!

Who are your main competitors and what differentiates you from the competition? What makes you unique?

Currently the main competitors are the UK and Ireland. How we differ from the competition very much depends on the type of project and the total package we can offer. Generally speaking the Netherlands is known for its easy accessibility; its internationally oriented, highly educated and multilingual workforce; its excellent logistics network and availability of logistics service providers and its corporate tax climate. A lot of our clients choose between London and Amsterdam. In such cases Amsterdam generally is more affordable when it comes to real estate prices and salary costs.

How was the business started?

I believe the Netherlands Foreign Investment Agency was started in the 1970s when there was a need to support foreign businesses wanting to expand into Europe. At the time it was common practice to provide a variety of direct incentives to attract companies to the Netherlands (and to other countries in Europe).

How many employees does the business have?

We have 5 employees in Atlanta, about 25 in the USA (offices in San Francisco, Chicago, New York, Boston and an executive office at the Netherlands Embassy in Washington, D.C.). In addition to the offices in the US we have about 12 offices worldwide and a total of ca. 100 employees.

How did you end up in Atlanta?

I was asked to join Allison in this office in 2009 after having been temporarily responsible for the offices in New York and London. Allison, who’s originally from the area, set up this office ca. 12 years ago after returning from the Netherlands where she had lived for about 10 years.

What is your number one business goal over the next year?

Attract and facilitate as many companies looking to expand in Europe/The Netherlands as possible. Any leads from fellow NACCSE members are always welcome!

What is the best advice you have received regarding doing business with Americans/Dutch?

In general Americans don’t seem to be offended by the Dutch directness, especially after some initial small talk (and here in the South it helps if you are able to talk about the latest Football results). Don’t overdo it, though!

Both Allison and I live with our families in the Midtown area of Atlanta (resp. in Inman Park and Candler Park). We love the village-like environment there although we both like to get out and see the area/country. 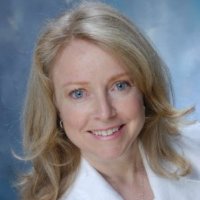