Parkmobile is a mobile payment provider for the parking industry.

How do you describe your job to people outside the industry?

My job is to expand Parkmobile to other countries, create strategic partnerships with car OEM’s, large system integrators and data aggregators, and evangelize our mobile payment solution all around the world.

Who are your main competitors and what differentiates you from the competition? What makes you unique?

We are twice as big as the combined 5 competitors here in the US. Our main differentiators are, besides our footprint, member base and transactions our unique integrated solutions for on-demand and prepaid mobile payments for on- and off-street parking. In normal words, we are becoming more ubiquitous and provide everybody a frictionless and superior customer experience. Last but not least we are becoming the default payment solution for car OEM’s. We recently announced partnerships with Volvo, Ford and BMW where we are deeply integrated in the head unit and provide a “touch to park” button in the GPS system.

How was the business started?

That’s a long story. In a nutshell, we started in Europe in 2000 and implemented our pay by phone service in the city of Groningen (nice tongue twister for my American friends) in 2001. Around 2008 we became the dominant player in several European markets including The Netherlands, Germany, UK and Belgium. We then made the decision to develop the US market. 5 Years later, we are available in 37 states in more than 600 cities / universities / transit authorities / airports and private operator locations. Cities include Atlanta, LA, Houston, Washington DC, Indianapolis, Miami Beach and as of November this year New York.

How many employees does the business have?

How did you end up in Atlanta?

Good question. I have to admit Atlanta wasn’t high on my list when I was asked to build the company in the U.S. In hindsight I am so glad I didn’t go to New York but chose Atlanta because of the existing network, offices and infrastructure of one of our shareholders, BCD.

What is your number one business goal over the next year?

What is the best advice you have received regarding doing business with Americans/Dutch?

Americans don’t always appreciate Dutch bluntness and never discuss religion or politics in a business environment. However many love to share their naughty stories when I tell them I am originally from Amsterdam (I am actually from Hilversum – the Netherlands typically doesn’t ring too many bells). You can imagine this sets the tone of the conversation and believe it or not deals are more easily made.

Unfortunately there’s not much time left for hobbies as I travel a lot. However when I am in Atlanta I am trying to spend as much time as possible with my wife and 4 kids. I love to play golf when I can (about 10 times a year). Since 2 years I am playing football (I can’t call it soccer) with Dutch United in the 40+ Premier League. We are in it to win it during the game and invincible during the “3rd half”. It is one of the highlights of my week! 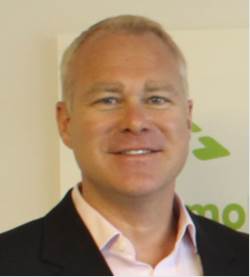